Unless you’re living under a rock, you know that Tom Brady has made it to the Super Bowl a few times. Ten, to be exact.

You may also know that he didn’t win all of those. In fact, he lost three of them. Even the GOAT of football had a strategy that didn’t work every single time. So what does that mean for your investment strategy? END_OF_DOCUMENT_TOKEN_TO_BE_REPLACED

When you donate money to charity, it not only can make a big difference in someone’s life, it can also reduce your tax liability by lowering your taxable income. Contributions are tax deductible only if made to a qualified organization.

Are you wondering how charitable contributions can affect your finances? Keep reading to find out how giving to charity can benefit your funds. END_OF_DOCUMENT_TOKEN_TO_BE_REPLACED

March is Women’s History Month and, because of that, we’d like to highlight some opportunities for women to manage their path towards retirement.

Just like a properly organized playbook for a big game, a great strategy will help nearly anyone through the difficulties they may face in both preparing for retirement and staying retired. END_OF_DOCUMENT_TOKEN_TO_BE_REPLACED

If you’ve worked for any portion of your life, you’re probably looking forward to the day when you can retire and collect your social security benefits. But you’ve also probably spent some time worrying if social security will be enough to cover your expenses.

Luckily, there are ways to maximize those benefits. END_OF_DOCUMENT_TOKEN_TO_BE_REPLACED

A brand new year is starting and if you learned anything from 2020, it’s that you need to be prepared for those “what-if” scenarios.

Having adequate emergency reserves is important and consider making it part of your 2021 saving goals. You should always strive to have at the very least six months’ worth of your monthly expenses set aside in your emergency reserves.

There are several options that you can choose from if you want to start saving money for emergencies. One of the best and easiest options is using a money market account.

A money market account is a type of interest-earning savings account, and is intended to offer investors high liquidity with a very low level of risk. They are also insured by the FDIC.

In the end, there were still more losers than winners and life goes on, but what is the real takeaway here? Were all of those people investing or speculating? What is speculating, exactly, anyway? END_OF_DOCUMENT_TOKEN_TO_BE_REPLACED

Living on one income doesn’t necessarily mean sacrificing what’s most important to you. By planning and saving smartly, single income families like yours can reap benefits now and later.

Having kids, paying for college, financing a home, and paying for retirement are all within reach when you follow a few simple steps.

END_OF_DOCUMENT_TOKEN_TO_BE_REPLACED

Did you know that a whopping two in three families don’t have an emergency savings fund? Is it any wonder, then, that over half (53%) of adults feel financial anxiety?

These statistics are even more relevant in 2021. With the worldwide pandemic and global financial instability, we have a lot to lose. Are you feeling particularly anxious due to your finances this year?

If so, then the following financial tips are for you. Read on to learn some awesome finance facts that you’ll wish you’d known sooner! END_OF_DOCUMENT_TOKEN_TO_BE_REPLACED

Investing can seem a challenging world to break into, or even understand sometimes. There are ETFs, stocks, bonds, mutual funds, CDs…and who could forget the good ole annuity? However, investing for beginners doesn’t need to be so complicated.

Becoming an investor is simply preparing your money for the future. Whether that’s investing in stocks or moving your money into other investments, your money should be working towards your future. END_OF_DOCUMENT_TOKEN_TO_BE_REPLACED

Read on to learn the advantages and disadvantages of traditional vs. Roth IRA to make the right decision for your retirement.

Planning for one’s retirement is one of the best ways to make sure that you’ll have the means to support yourself and your family when you no longer have a paycheck. And the earlier you start planning, the more prepared you’re going to be.

One of the most important things to know about retirement planning is the difference between traditional vs Roth IRAs. By choosing the right kind of IRA, you could potentially end up saving yourself thousands of dollars.

If you’re interested in learning more about IRAs, then continue reading and we’ll take you through everything you’ll want to know! END_OF_DOCUMENT_TOKEN_TO_BE_REPLACED 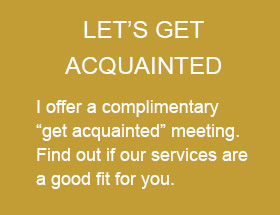