Waiting for the Big “R” 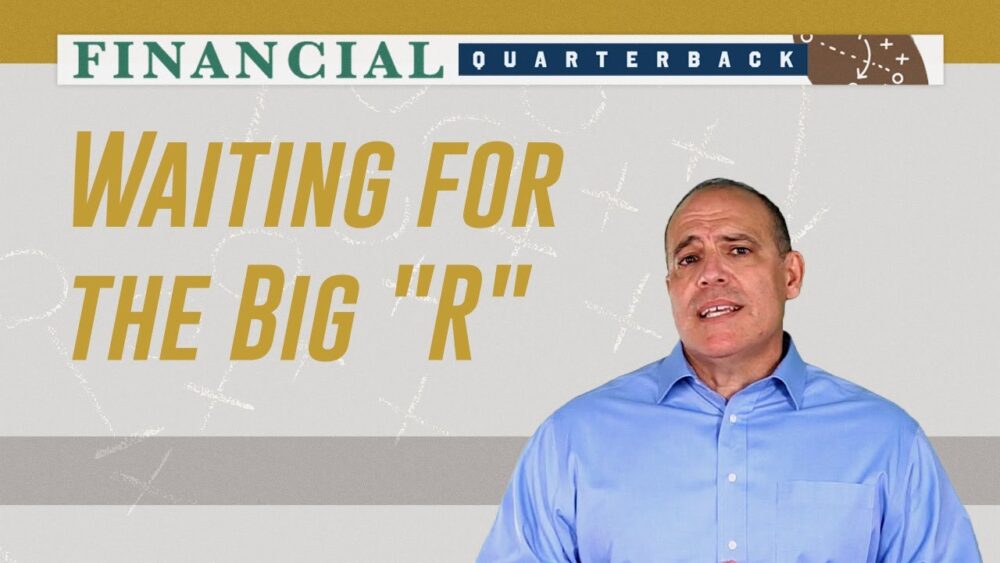 Are you ready for the Big “R” (Recession) ? Yes, it’s coming. I’ll tell you exactly when and what you should do.

Recently the loud voices are screaming that a recession is coming. This is what we have been hearing incessantly.  I am here to tell you with 100% certainty that YES!, someday a recession will come. Eventually we will even have another another 2007-2008 style event. When ?????? ……. I have no earthly idea, and neither does anyone else! We only know when those events occur after they have occurred. But eventually I will guaranty one.

To choose to make investment decisions based on recession news is a fools game and you will ALWAYS lose. Quite often in my industry financial planners pretend to see patterns. These patterns are most often not reliable, nor relevant. You must also understand that in every economy there are winners and losers. I knew people who lost everything during the boom of the 1990’s, as well as, companies that closed. I also knew people and businesses that the downturn of 2007-2008 was great for them. We don’t live in a vacuum where everything is the same for everyone.

However, going forward, when it comes to your preparation for retirement here’s a predictable formula on how you should prepare:

Don’t try to predict when the next recession will begin. That’s a losers game for individual investors.

Lets chat about your personal goals